The form blocks game rule is turned on by default. If you buy it, you can turn it off. Do so if you don't like that two or more pieces on top of each other, blocks other players from passing that square. But be aware, that all pieces will be turned in, if another player happens to land on your stack of pieces.

Here the blue player has formed a block. The green and red players cannot pass the block. The red player rolls a five and cannot move, so the turn passes to the yellow player. 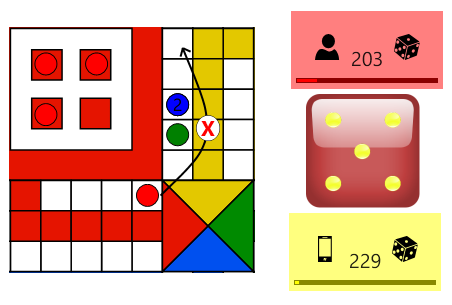 Here the same block exists, but the red player rolls a two and can move. However after this move, the red player cannot move until the blue player removes the block. 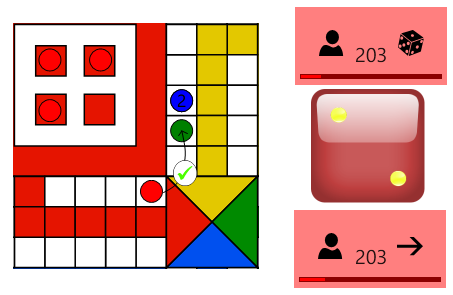